The digital revolution & edtech - going beyond the hype

Sugata Mitra and the Enemies Within 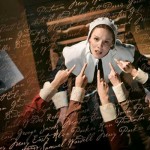 We want to raise a warning to teachers – warning them that in their midst are some very dangerous figures. They are arguing that the practice of teaching should end – that teachers should be made redundant. This is the anti-teacher movement.

Teaching – according to the people in that movement – is a very dubious business – something that smacks of the gulag, or at the very least, that horrible kind of schooling that Pink Floyd sang about – the school as factory, churning out bricks for the walls of the economy. The impulse to teach is the impulse to dictate, to impose, to bring one’s pedagogical boot down hard on the innocent face of the child. (I exaggerate, but the implied association of teaching with Fascism is discernable.) Learning is good. Education is good (as long as there is no one at the front of the room), but teaching is bad.

This line of argument might be interesting if, in parallel, some image of a new, radically democratic form of schooling were being developed, and if this were tied to a broader understanding of how society beyond school could liberate the potential that has been going to waste for too long. But there is neither the compelling image nor the broader understanding. Instead there is a naive faith that by getting kids out of the old brick and mortar schools and getting them online, there will be an explosion of teacherless learning (with the implication that world peace will follow soon after).

Is this not just a touch naive? Admittedly, there is a lot of room for improvement in education, but anyone concerned with unsavoury influences on young children must surely be concerned about the role of things like the media, the culture industry and the broader economy. Kids grow up in a world where they are subjected to well-crafted forms of psychological manipulation as soon as they are old enough to make some sense of flashing pixels. Long before they get to see a teacher, a thousand ideas and values have been “imposed” upon them in the nicest possible way by people whose overriding interest is to make money. In such a context, some of us might entertain the hope that schools could act as a counterweight to such pernicious influences.

I find it hard to believe that the spokespeople for the anti-teacher movement have failed to see that if their plan were acted upon schooling would be handed over to the venture capitalists and big corporations that would fund the online schools. Schooling – rather than acting as a brake on economic totalitarianism – would be swallowed up entirely by the market economy. At every step, students would be slotted into the role of customers wandering (in their pyjamas perhaps) around the shiny new touch-screen shopping mall of online education. Education would be business. From the tenderest of ages, children would get the message that the world is essentially the world of business. Surely this isn’t something to be welcomed simply because there is no teacher barking at the children: “Repeat after me! The world is business. The world is business. Business is good. Business is the best.”

The most prominent spokesperson for this movement is Professor Sugata Mitra. He is a talented guy. He is able to fill an auditorium with teachers and give them a fun 20-minute Powerpoint presentation telling them that, in effect, they should all be made redundant, and the teachers leap to their feet afterwards to give him a standing ovation. It’s a crazy world.

1. “Knowing is obsolete, Homo Sapiens is dead,” says Mitra. We hope not.
2. Mitra on empire and education
3. Mitra on how to outdoctrinate children

written by Torn Halves on September 17, 2012 in digital revolution and education and Sugata Mitra with 7 comments
← older posts newer posts →

“The Crisis of Education” Hannah Arendt

7 Responses to “Sugata Mitra and the Enemies Within”

Follow "The digital revolution and edtech learning revolution in education"

Get new posts delivered to your inbox
Powered By WPFruits.com